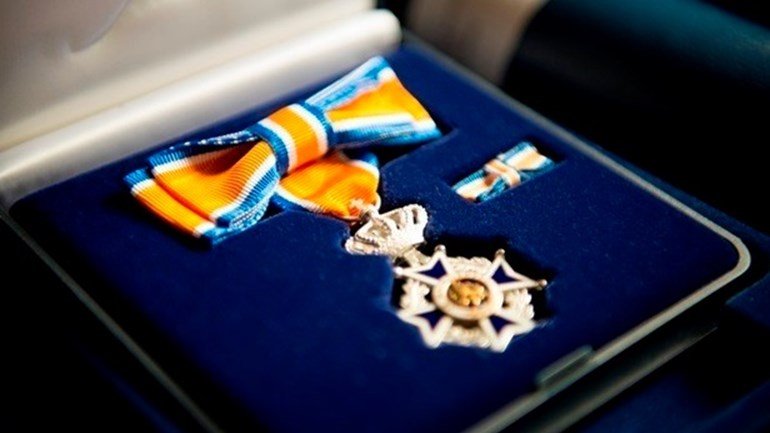 Professor Jeroen van den Hoven, professor of Ethics and Technology at Delft University of Technology, was appointed a Knight of the Order of the Netherlands Lion in a ceremony Rotterdam. Professor Van den Hoven was honoured for his important contribution that he provided as a philosopher to addressing and solving social issues.

From the press release by the university:

Van den Hoven is a philosopher with an impressive oeuvre. In the past few decades, he has repeatedly formulated the scientific agenda for his field. He has also been able to link that field to other, often technical disciplines. Thanks to his efforts, there is nowadays far more attention being paid in these disciplines to moral, ethical and philosophical issues. Van den Hoven appears regularly in the media and is commonly asked to supply an opinion. He contributes to the debates on a wide range of topics such as big data, robotising, privacy and medical technology.

Van den Hoven is the founder and director of the 4.TU Centre for Ethics and Technology. This institute is responsible for drawing attention to the ethical dimensions of technology and technological innovation in modern research and education. This has meant that new generations of engineers are much more familiar with the prevalent ethical and moral issues surrounding technological innovations.

Furthermore, Van den Hoven played a leading role, both at the national and the European level, in getting topics like (socially) responsible innovation on the agenda. Along with NWO, he has defined programmes in this field that are being implemented in partnership with industry. Van den Hoven was one of the first scientists who drew attention to another important social theme of our time, namely that of privacy in a world of big data and the internet of things.