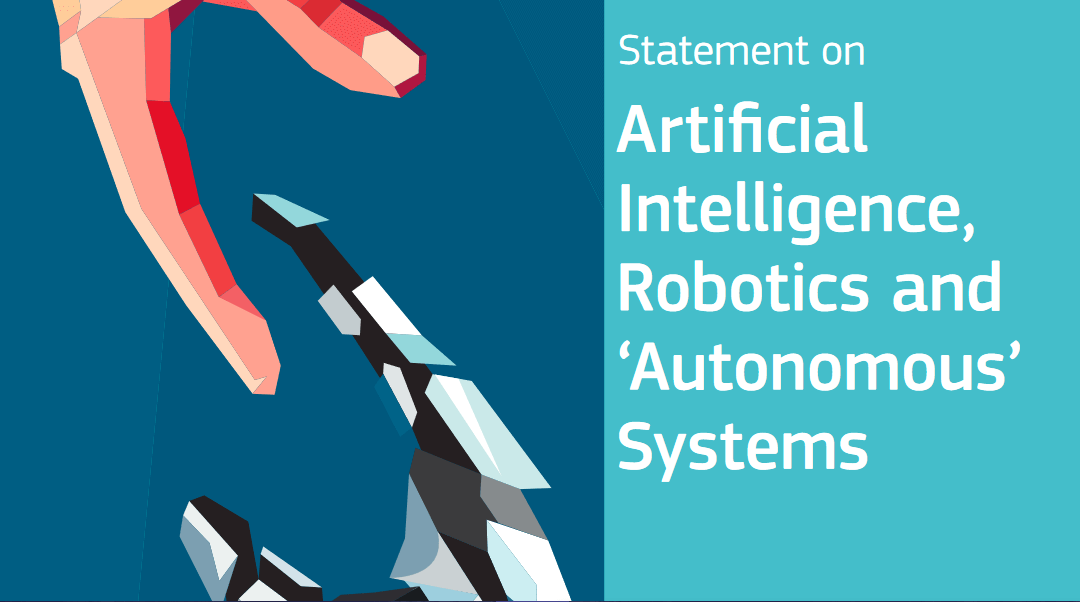 The recently published statement of the European Group on Ethics in Science and New Technologies (EGE) calls for a wide-ranging process of public deliberation and lays out a set of fundamental ethical principles to pave the way. It also forms the cornerstone of the guidelines on AI ethics to be developed in collaboration with the future AI Alliance. Jeroen van den Hoven is one of the members of the EGE and rapporteur for this publication.

Short Summary of the Statement

In short the statement Artificial Intelligence, Robotics and ‘Autonomous’ Systems of the European Group on Ethics in Science and New Technologies (EGE) covers the following (taken from p.5):

“Advances in AI, robotics and so-called ‘autonomous’ technologies have ushered in a range of increasingly urgent and complex moral questions. Current efforts to find answers to the ethical, societal and legal challenges that they pose and to orient them for the common good represent a patchwork of disparate initiatives. This underlines the need for a collective, wide-ranging and inclusive process of reflection and dialogue, a dialogue that focuses on the values around which we want to organise society and on the role that technologies should play in it.

This statement calls for the launch of a process that would pave the way towards a common, internationally recognised ethical and legal framework for the design, production, use and governance of artificial intelligence, robotics, and ‘autonomous’ systems. The statement also proposes a set of fundamental ethical principles, based on the values laid down in the EU Treaties and the EU Charter of Fundamental Rights, that can guide its development.”